I tried to do 2 cyber crops over the weekend and OMG...dont ever try to that one again...I didnt know whether I was coming or going half the time.


Anyways.....Here are the ones I did for Hybrid Designs CC. This Challenge you had to use Pink, Orange, and White. I chose to scap a picture of DS Charlie with his favorite all time Girl..my BFF 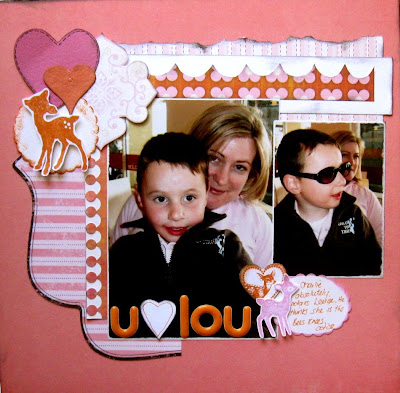 This One had the criteria of a Song title, 2types of alphas , 3 colours (I chose rust,teal and black), 4 ribbons, 5 embellishment (including 1xtag). It was a challenge, but I love the end result. Picture are of DS Charlie at the Cold Rock Cafe in Adelaide 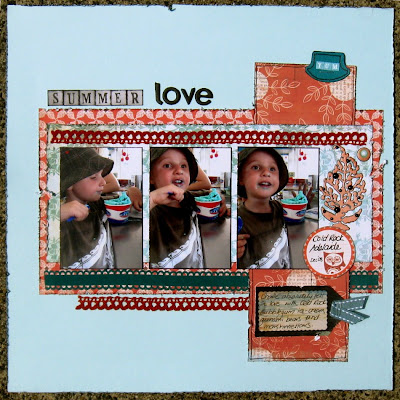 This challenge had me creatinga layout with Love inspired journalling, using NO red, and include hearts and flowers. This picture is of DS Angus with his Granma 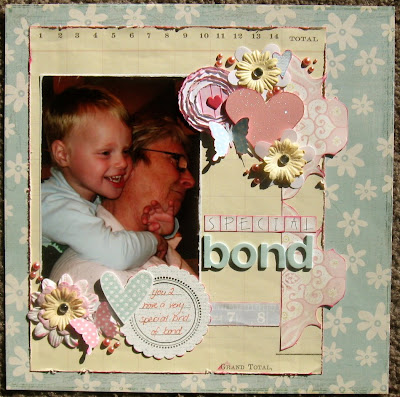 Then I tried to head over to Scrapbook'n'Bits where my Friend Melissa has just gotten a DT position. They had a CC, and I thought I would join in
This is my take on the sketch that was provided. I really love this colour combination and I love the picture of the kids with Rob on his Birthday 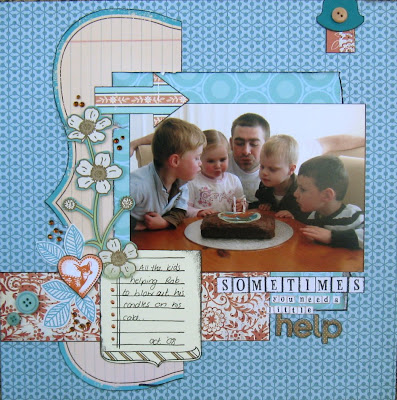 So yeah...my advise to anyone is....unless you have all weekend alone, with no kids and nothing to do....dont attempt to do 2 cyber crops at once
hope you all have a lovely week!!!
Posted by Wendy Smith at 8:41 AM 12 bunches of love left

some latest stuff ...*WARNING* heavy on the photos!!!

Alrighty then...where do I start....OMG I have been busy..I am totally obsessed about scrapping and challenges and photos and papers etc etc etc. I seem to be going through the layouts at a hell of a rate, and I am loving every single minute of it.

These 2 layouts are for Inspired Blueprints...they have some awesome sketch and I am more than happy to be getting through some of my Christmas photos and using the DEVINE Sassafrass Lass Xmas range....I LOOOOOVE IT!!!!!!! 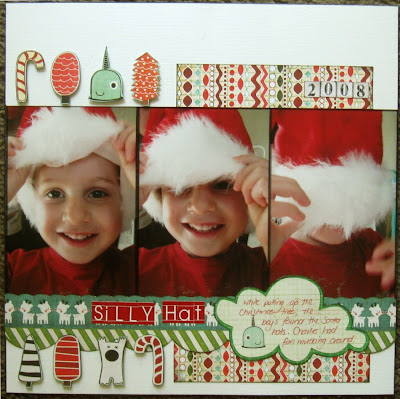 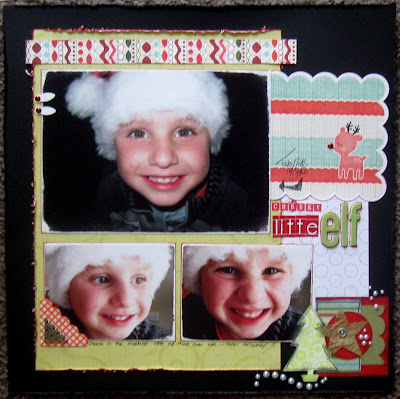 This Layout is my example page for the current STUCK sketch....it is a great multi photo sketch 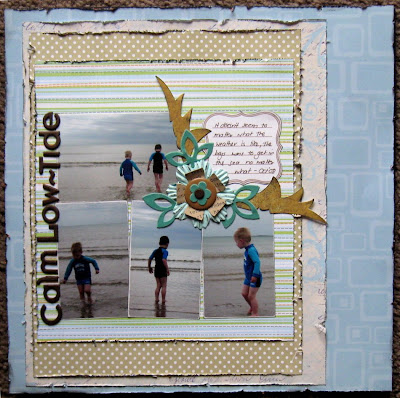 This layout is for The Scrapbook Establishment site. It is my take on their monthly sketch 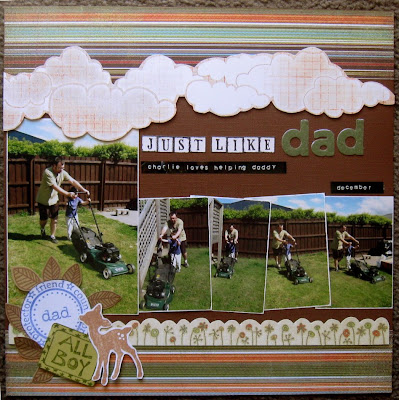 This here layout is for Creative Scrappers. It is my take on their current sketch...gorgeous colours in this...so fresh and summery.....I love it and am very happy with the result 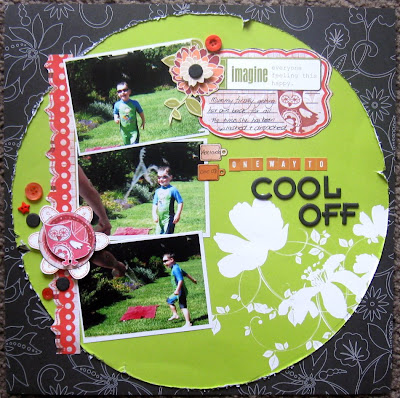 This layout is the monthly sketch at Hybrid Designs. 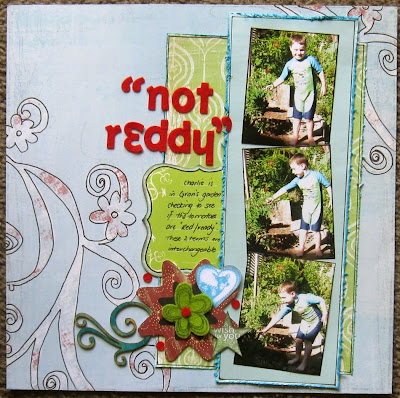 And this is for their Survivor Competition. It is a layout about something you have survived with the emphasis on journalling (more than 50 words).....very pleased with how this turned out too 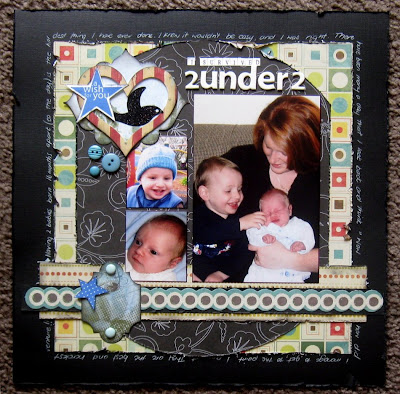 So as you can see...I have been super busy, with lots of very inspiring sketches from all different sites. Please feel free to pop over to one of them and join in the fun, and leave me a comment if you like what you see
till next time...MWAH!!!

Here is all the INFO...take a chance and give it a go

Sadly the current DT will be finishing very soon, but with this means that we are now looking for new members to be a part of our team. As we say goodbye to the very talented team of Marni Telford, Nicole Aspinall, Melissa Corbett, Lu Benson and Sara Noendeng, the opportunity has now presented itself for our next team of “wicked” scrapbookers to join us. With fresh faces, brings fresh ideas and as Wicked Princesses head in a new direction, with new kits and ideas, we want YOU to be apart of the action.

Are you wicked?
Do you love Scrapbooking?
Are you motivated?

If you answered YES to these questions, then we want you – so keep reading !!!!

Submit (2) LO’s (12 x 12 or 8.5 x 11) Double pages will be considered as one project
Submit (1) Sketch (can be hand drawn or computer generated)
Submit (1) OTP item
A headshot and short biography about you

What can you contribute to the WP Design Team and site?
What makes you wicked?

Applications must be submitted to wickedprincesses@y7mail.com using the following format – scanned, jpegs, 200kb or smaller files. Digital photos will be accepted provided the images are sharp and smaller than 200kb. Links to online galleries will not be accepted.

Entries cannot be submitted for publication until after the new Design Team has been announced. Personal blogs are OK and must have a link back to the Wicked Princesses blog.

Submissions MUST be received by midnight 15th March, 2009. No late entries will be accepted.

Successful applicants will be notified no later than 22nd March, with the new team revealed on our blog shortly after. Start date is May 1st, with the May kit being the first kit sent.

Designers are required to submit 3 LO’s each month using WP kits. LO’s are to be revealed in the gallery by a date determined by us.
Designers are required to submit OTP items on a rotational basis determined by us
Other requirements include sketch challenge, DT mini projects, classes. Successful applicants will be notified of further requirements
Designers acknowledge that the time period for this position is for 6 months, with a probation period of 2 months. Contracts can be terminated by management at any given time, and for any reason
Use of products not found in the kits is permitted, as long as the focus remains on Wicked kits
LO’s must be submitted to the gallery by the deadline
All designs must contain original artwork
You acknowledge and agree that designing for other monthly scrapbook kit clubs is a conflict of interest. Other DT roles are OK, but NO kit club DT’s
You agree to promote Wicked Princesses kits and site whenever and wherever possible. And you agree to post about WP on your personal blog, provided you have one

Successful applicants will receive the following

Karen & Tam
And here is my take on the Wicked Princess Sketch for February. It was a great sketch to use, nice and simple, I used some old Scenic Route papers from my scrap box 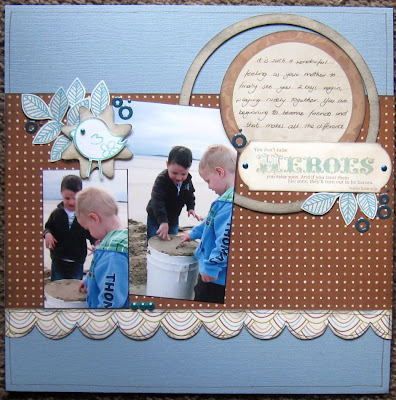 Posted by Wendy Smith at 9:42 AM 4 bunches of love left

Tagged by Renee, Charleegirl, and Sharon

I have been photo tagged by so many people and have been ultra slack in passing it on, so here goes nothing....
apologies to Renee, Charleegirl, and Sharon


So here is what you do
Go to your Picture Folder on your computer or wherever you store your digital photos.
1. Pick the 6th Folder, then select the the 6th picture in that folder.
2. Post that picture on your blog and the story that goes along with the picture.
3. Tag 6 other people that you know or don’t know to do the same thing and leave a comment on their blog or an e-mail letting them know you chose them. 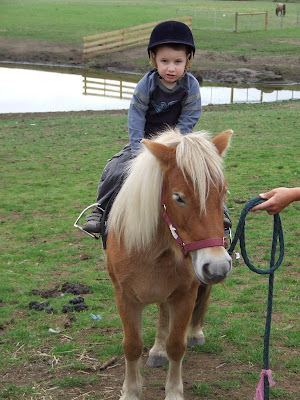 This photo is of my son Charlie, it was taken last April when he was just 3years old, at Old Mac's Farm on his first ever pony ride. He was scared witless, but managed to stay composed. The pony's name was Honey

Iwont be passing on the tag, as I think it has pretty much done it's round now with the people I know

Posted by Wendy Smith at 9:32 AM 2 bunches of love left 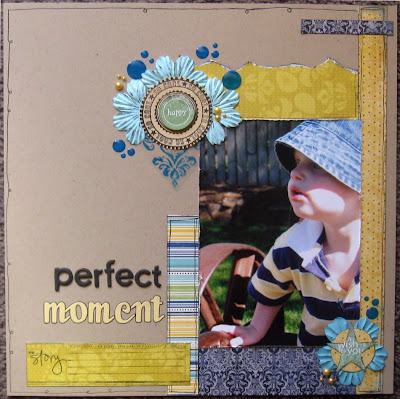 here is my take on the sketch over at Bon's. It is a great hand drawn sketch and I jsut twisted it 90' to fit my portrait style photo rather than the landscape one in the sketch.

Posted by Wendy Smith at 9:51 AM 6 bunches of love left

Here are some things I have been working on over the last week or so. I have had a serious loss of MOJO and have been struggling to get things done. 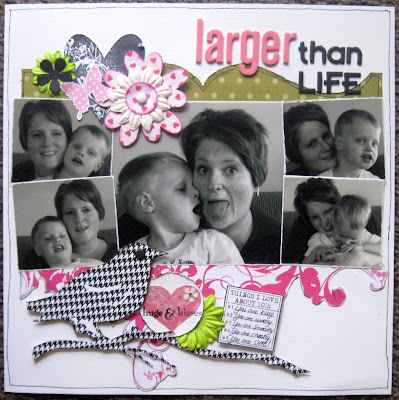 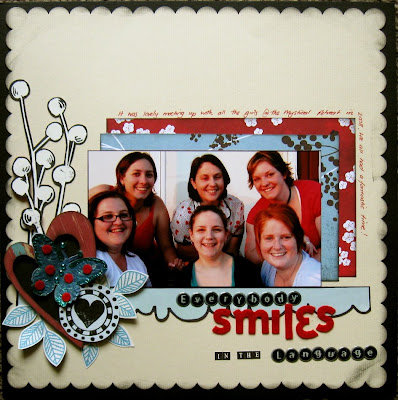 I have decided to support my sister over at Creative Scrappers and do one of their sketches too..this is my version of number #37 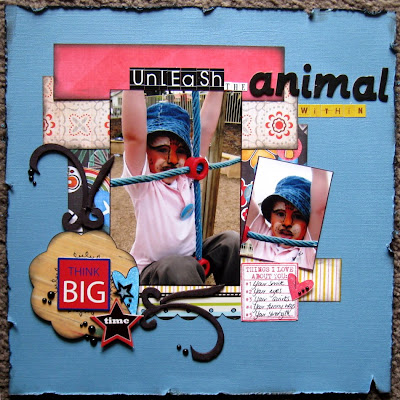 And this is a OTP challenge I did last week at Hybrid Designs..not a huge fan of OTP so was pleased just to get kit done 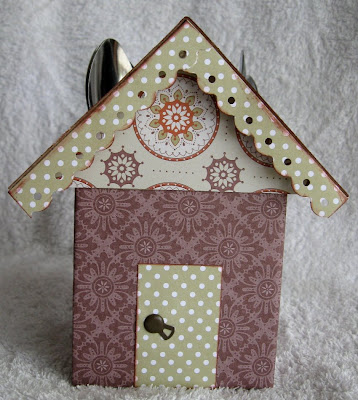 Hope everyone is safe and well...thoughts and wishes to the Victorian girls battling fires and to the Queensland girls surviving floods...
Posted by Wendy Smith at 3:18 PM 4 bunches of love left

I have made my first appearence on Wicked Princess with this Valentines inspired Mini album..check it out

Scrapping Kids have a challenge starting this month to Scraplift a Layout that has been posted on the site...Here is my version of the scraplift...check out the forum and have a GO...fun!! 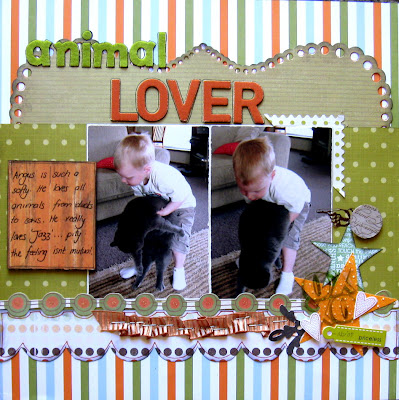 Posted by Wendy Smith at 1:03 PM 1 bunches of love left

White With 1 are looking for new Artists...How to apply:

Send me an email (susan.longman@bigpond.com) containing the following:
a paragraph about you
2 new layouts using the white with 1 concept (colour choice is up to you)
1 layout using the February criteria
your blog address and any online gallery you have

Simple really...
Application cut off is the 17th February with applicants being notified by email and announced on the blog by the 20th ...giving you a time to create for your first reveal in March.
Posted by Wendy Smith at 8:13 PM 2 bunches of love left

Beginning of the Month and some EXCITING news

It is my last month as creating artist for "White with 1" so Ithought I would make it a tribute to my gorgeous sister and WW1blogger Susan....The Criteria this month at White with 1 are White with white and brads/eyelets.....it is a great combo for a fresh and pure layout 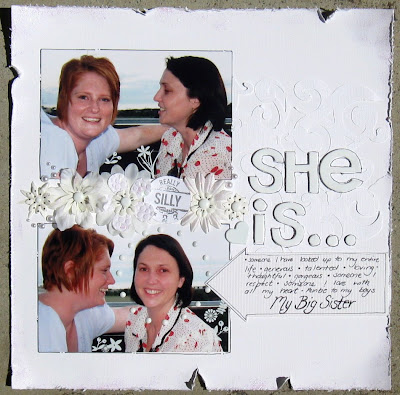 At Scrap The Boys this month..the Criteria are "the Great Outdoors" and stamping...here is my example layout with my gorgeous little man Angus who is in love with all things out doors. I ahve used stamps by Sassfrass Lass(dandelion), and Stampin up ('a' , snail, and background spots), 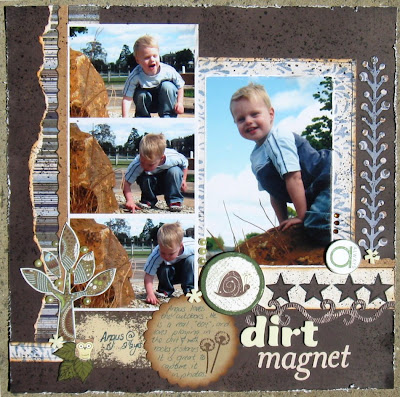 This is another layout I did for the Inspired Blueprints sketch..loved using the giant bracket instead of a half circle. Im in love with this colour combination (red, grey and cream) 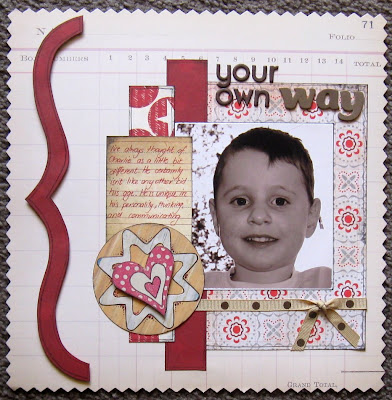 Thanks for all the gorgeous comments I have received recently on my updates....you girls mean so much to me. I love that you find my work inspiring, and you always seem to comment on the way I construct 'BOY' layouts....but really I dont have much choice..LOL..I only have boys...hehehe

so now for the exciting news...

I'M A PRINCESS
I AM A WICKED PRINCESS for WICKED PRINCESSES kits
I start in March officially...but you can check out the gallery for some layouts I have done with my subscription. COOL hey?????
Posted by Wendy Smith at 9:45 AM 14 bunches of love left 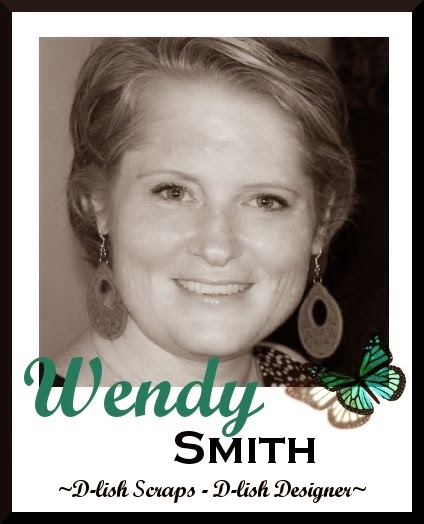 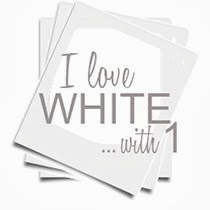 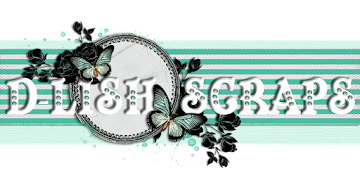